Juniors last shot at a title

You are here: Home / News / Juniors last shot at a title
Back 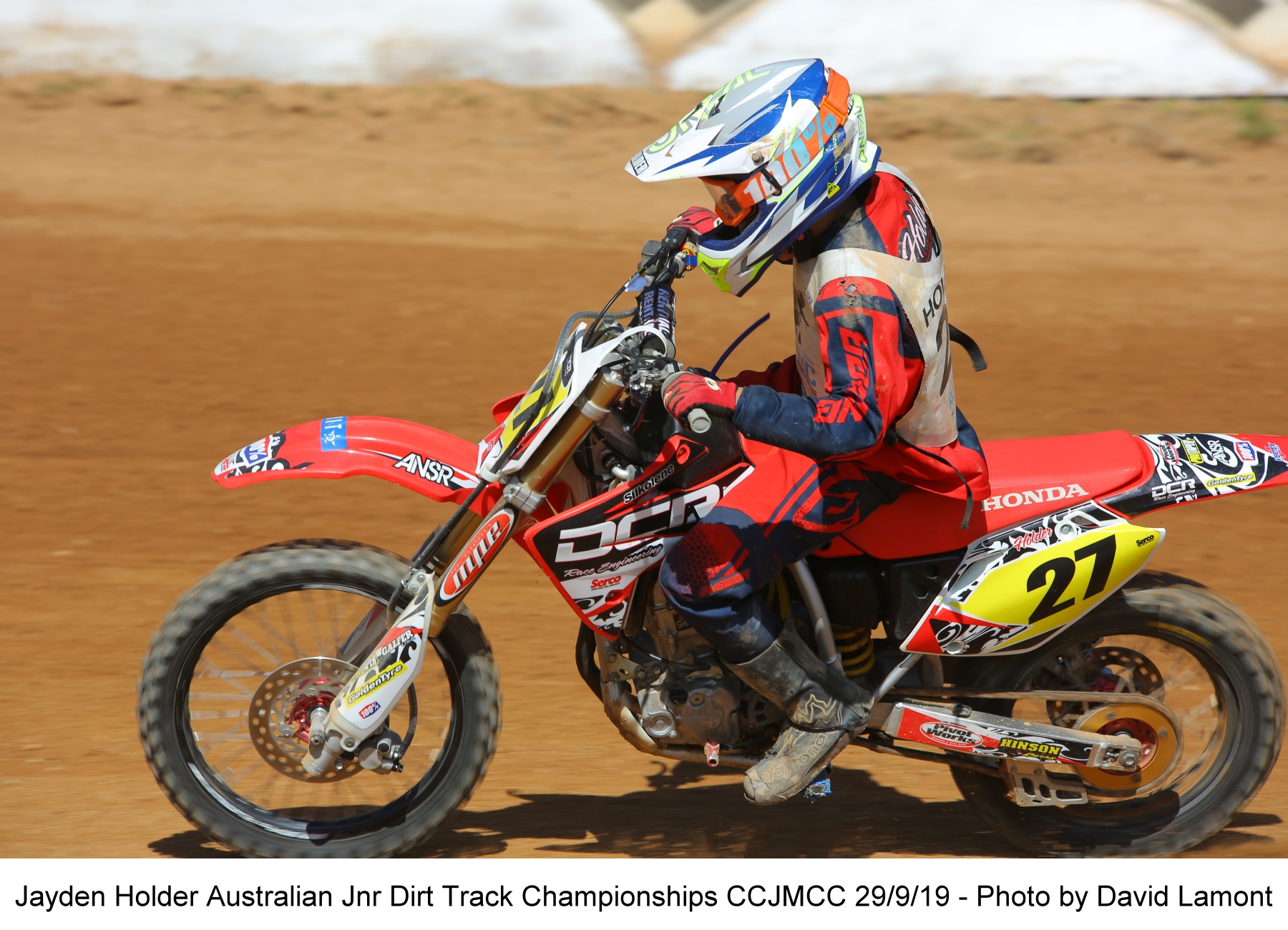 Junior dirt track riders will have their last chance to grab championship honors for the year when the 2019 Honda New South Wales Junior Track Championship meeting is staged this Sunday, November 17 by the Central Coast Junior Motorcycle Club at their Allen Park track at Somersby.

The title showdown was originally planned as a two-day meeting but the final entry numbers were less than anticipated.

Organisers have been able to compile a 79-race program for Sunday starting after a Parade Lap at 9.30am.

While the numbers were slightly disappointing, it was perhaps understandable gaining a very busy schedule of meetings particularly in the second half of the year.

Club President David Smith was nevertheless pleased with the quality of the line-up for Sunday.

“There are five riders who won at least one class at our last major meeting, the Australian Junior Dirt Track Championships back in September among the entries, plus numerous other national and state champions from the past two years” said Smith.

The 13 to Under 16 classes will as usual attract plenty of interest as some riders will be heading in to the senior ranks in the New Year.

Tom Drane was a dual class winner at the Australian Junior Dirt Track showdown but he will not have it all his own way on Sunday as Hunter Valley riders Jayden Rodgers, Luke Bush and Rory Hutchinson, as well the ACT’s Michael West are all among his opposition.