You are here: Home / News / NEW NAMES ON HONOUR ROLL FOR CENTRAL COAST CUP
Back 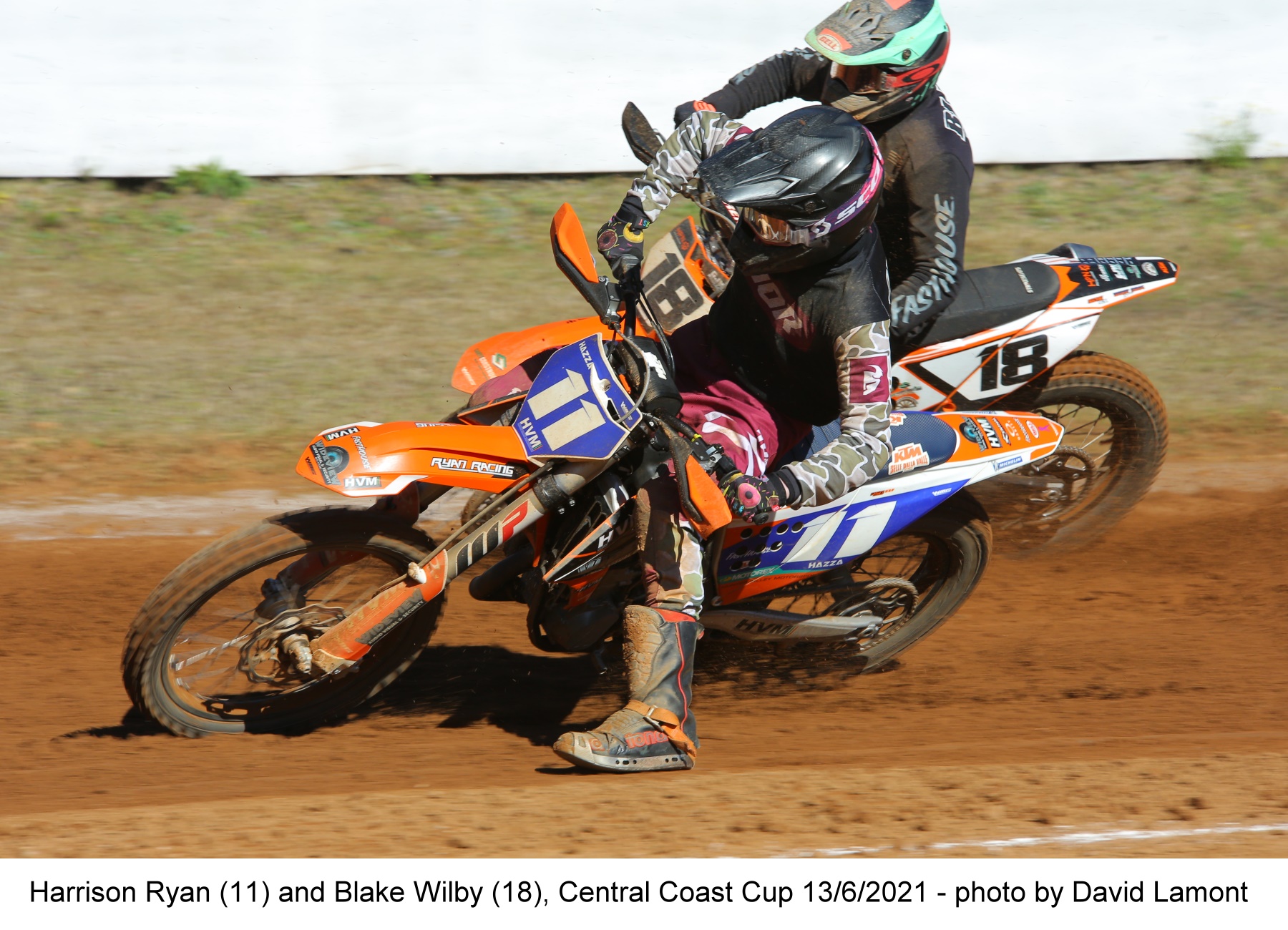 Two new names, both teenagers, have been added to the honour roll of the Honda / The Construction Team Central Coast Cup motorcycle meeting after an exciting day of racing at the Allen Park track at Somersby on June 13.

Harrison was a previous winner of the Junior Cup and his success means he becomes the third rider since the inception of the event in 2005 to have won in both the Junior and then the Senior class.

For much of the day Harrison Ryan was playing second fiddle to Boyd Hollis who won the final of the Pro 450 class and also came out on top on points over the five rounds of the MX Open class.

Early in the 8-lap Cup event Hollis led, but fell and withdrew leaving Ryan with a clear run to the checkered flag ahead of Blake Wilby and Angus Hutchinson.

There had to be a new name on the list of senior winners after three-time winner, and the only previous winner entered, David Smith was sidelined early in the day after being concussed after a heavy fall.

The Junior Cup was less dramatic with Drane leading home Kurri Kurri rider Cameron Dunker and host club member Cody Lewis after that trio had turned on some great battles in the supporting class, before ultimately finishing in the same order.

Other senior riders to stand out were Angus Hutchinson of Kurri Kurri who won the Pro 250 class as well as being prominent on the bigger capacity machine along with Taree’s Blake Wilby.

The Over 35s class again provided its share of excitement with Anthony Farrell overcoming former motocross star Danny Anderson, while Dave Eklund was best on the Pre ’95 machines, both winners being from the host club.

The younger age brackets in the juniors showcased plenty of great talent coming through the ranks.

Cowra rider Beau Bailey was a dual class winner claiming one on points after five rounds and the other in a final ahead of the unbeaten rider from the heats, Alexander Adamson.

Albury-Wodonga rider Jed Fyffe was the only class winner on maximum points, with Gold Coast rider Hudson Lloyd only just falling short of matching that achievement in his class win.

North Brisbane brothers Bodie and Jake Paige made their trip worthwhile being involved in plenty of close racing to finish among the placings.