Some of Australia’s best junior speedway riders will be on the Central Coast this Saturday (February 5) when the M & K Eklund Transport New South Wales Under 16 Speedway Championship is up for grabs.

The meeting has drawn riders from Brisbane in the north and Albury in the south, and many country centres in between.

Riders can start racing the 125cc machines in junior speedway from the time they turn nine years of age, and can compete on those machines until they turn 16.

Many of the competitors who will be seen this weekend now have several years of experience in the sport and all have been part of the Speedway Experience Coaching programme.

Former world No. 3 Craig Boyce spearheads the programme in New South Wales and with former World Under21 champion Darcy Ward doing similar things in Queensland there has been a noticeable and steady progress shown by all riders.

With meetings staged at different venues many riders and their families travel long distances to ride with the ultimate aim of progressing to be a full-time speedway professional competing on the world stage.

Defending champion this weekend is 12-year-old Beau Bailey from Grenfell who won last year’s title meeting staged at Cowra, as well as the Victorian and South Australian Championships, and also won the Redloh Cup at his last appearance on the Central Coast in December.

One of his toughest rivals will be Bathurst rider Noah Grabham, part of one of motorcycle racing’s greatest dynasty which has produced leading performers in many disciplines, now for a third generation.

Queensland will send a contingent of four riders headed by their State champion Jordy Loftus.

Joining Jordy will be his sister Anika, who partnered Jordy to win the Queensland Pairs Championship prior to Christmas, Lachlan Hawgood and Jai Bainbridge

Anika Loftus will not be the lone girl competing as Kurri Kurri rider Ruby James is also in the line-up.

The adage that good things come in small packages is exemplified by two pocket rockets in Sonny Spurgin from Kempsey and Cooper Antone from Albury who are sure to win some admirers on Saturday.

Both the strong Cowra club as well as the host club is well represented in the line-up with Lachlan Russell the most favoured of the locals.

The riders’ briefing is at 10am will be followed by a short practice session and then the championship gets under way.

After 20 heat races the top three scorers progress direct to the deciding A Final, with the next four best scoring riders from the heats contesting the B Final from which only the winner goes in the decider.

There is no admission charge for spectators to witness the meeting that is sure to feature some champions of the future.

No doubt you are just as excited as us to know that come the 1st of December, whether fully vaccinated
or not, you can be back on the tracks enjoying the sport you love the most and motorcycling as we
know it will be returning.

This is of course subject to the NSW restrictions at that point in time. Activity from the 1st December,
will look like the below:

It is our strong suggestion that clubs and members keep up to date with all information shared by the
below organisations:

Considering the 2021 Community Sport restrictions and the impact that it has had on your ability to
participate in the sport you love, MNSW in consultation with Motorcycling Australia are pleased to
confirm an extension of active annual licenses for members affected by the 2021 Government
restrictions.

All eligible annual licenses active within the NSW lockdown will automatically receive a 3-
month extension. Members do not have to apply for the extension, it will be updated on your Ridernet
profile. Our developers are working hard to implement these extensions and shortly you will be able to
view your new licence with the updated expiry date through the Motorcycling Australia App or you can
purchase a replacement licence via your Ridernet profile.

Links to the App are below:

Like all members, we are keen for motorcycle riding as we once knew it to resume. If you have any questions, we ask that you contact the office via phone 02 8378 0790 or via email
mnsw@motorcycling.com.au 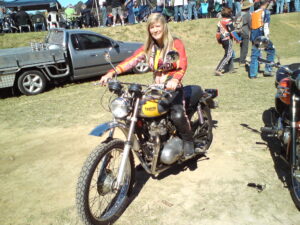 The NSW Government has committed $50 million to the Regional Sport Facility Fund and $50 million to the Greater Cities Sport Facility Fund over two-years, helping create spaces and facilities that enable communities to enjoy and take part in sport. The Funds will assist eligible organisations to develop quality core sport infrastructure that will meet the current and future needs of the community. The Funds will support the development of well-designed and utilised new and improved sport infrastructure projects that can directly impact and support participation and performance opportunities in sports at all levels.

APPLICATIONS OPEN NOW (FOR BOTH)

The key objectives of the Funds are to:

So, does your club need some love and attention? Maybe an upgrade to your toilet block, an updated grandstand, some new lighting? This is your clubs chance to get some financial assistance and we are here to help you!

If there is a project at your club, that you think fits the bill, contact the office (mnsw@motorcycling.com.au) and let us know and we are more than happy to help you apply.

A few information links to help you check what kind of projects are covered and tools to check your clubs eligibility: 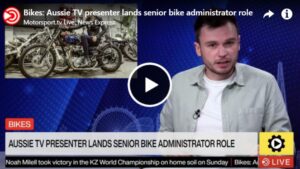 Peck is best known in motor racing circles for her TV work, having been heavily involved in Network Ten’s Supercars coverage during its most recent stint as the free-to-air broadcaster, which ended at the conclusion of last season.

However she has now turned her hand to administration, landing the president role at Motorcycling NSW, which oversees two-wheel sport in Australia’s most populated state.

The new role follows her appointment to the Motorcycling Australia Women’s Committee earlier this year and dovetail with her work on the TV coverage of the Australian Off Road Championship.

According to Peck, female participation in two-wheel sport will be a specific focus during her time in the top MNSW job.

“After I joined the Motorcycling Australia Women’s Committee early this year, I was made aware a position available on the MNSW Board,” said Peck.

“I can proudly say that the MNSW business currently has a 75 per cent female workforce, however there is still not enough female presence in motorsport and motorcycling, on any level yet alone at the board level.

“Any way I can encourage more participation of women, I will. I would love to see the support and expansion of female classes within the different motorcycle disciplines. If you can’t see it, you can’t be it.”

Her first task as president is to oversee a drastic revamp with the entire board being replaced.

She’s casting a wide net, too, with an open call to anybody based in NSW to apply for the five unpaid elected director roles.

“This is a unique and exciting opportunity – the chance to join me as a director on the board of MNSW,” added Peck.

“You will have a first-hand impact on bringing motorcycling in the great state of NSW into the future. That future is bright – new racing facilities, a focus on diversity, and endless potential for the growth and development of our dynamic sport and its dedicated and enthusiastic community.”

The event could not run last year due to COVID so a return to short course racing for the State Championship was welcomed with 61 Entrants over 9 categories, many of whom race in ASBK and the Oceanic junior cup taking the opportunity to refine their race craft on the technically difficult short course kart circuit between their National events.

Round 2 will be held in Lismore on the 7th & 8th of August before heading to Grafton for the final round on 11th & 12th September.